The Royal Coronation Overture is a program overture modeled on the 19th Century genre of the same name but composed in the 21st Century. It was designed primarily to be played in a concert hall, but it may also be performed in a church as part of an authentic royal coronation ceremony. As is consistent with the genre of the program overture, this overture has no connection to any opera previously composed by myself, or to be composed in the future.

Since the program overture is a species of program music, which entails the association of instrumental music with extra-musical content, it is clear that the extra-musical content, in this case, is either a real or imagined, formal royal coronation ceremony, with royalty and subjects gathered together in celebration of the crowning of a new king or queen. Beyond these extra-musical connotations, there is no separate, detailed program for this piece, as for instance, in Berlioz’s elaborate program for his Symphonie fantastique. That being stated, one could envision the interlude from measures 41 to 127 as a processional of either the prince or princess just prior to his or her formal crowning; however, this is not mandatory per the aesthetic intentions of the composer.

The style of this composition draws from elements of the following Western music style periods: Renaissance, Baroque, Classical, and, to a lesser extent, the Romantic style. The most prominent style featured in this composition is the French Baroque manner, cultivated at the time of King Louis XIV. However, even though some of the aforementioned musical style elements have been utilized, all of the themes in this piece are original.

Furthermore, no attempt has been made, nor was any attempt ever intended, to create a perfectly consistent example of any historical music style in this composition. The practice of drawing on historical style elements has been done by the majority of composers, both great and small, from the Middle Ages to our own time. An examination of Mozart’s and Haydn’s later works, for example, will demonstrate the existence of Baroque style elements in many of their later oeuvre.

INSTRUMENTATION AND THE USE OF PERIOD INSTRUMENTS

This piece was originally composed with modern standard symphonic orchestra instruments in mind. However, if a conductor wishes to replace some, or all, of the instruments (not the music parts) with like period instruments (for example, French Baroque instruments), I have no objection in principle, as long as the aesthetic goal is not thereby compromised. In either case, it is to be highly recommended that a real Baroque pipe organ be used for the organ part if at all possible.

The subject of tempos is a complex one, and there are many opinions of very learned musicians on the use and interpretation of tempos. In the Royal Coronation Overture, there are specified tempos for various sections of the piece. Their interpretation depends in part on the acoustical environment of the performance venue. The tempos specified are for venues with an approximate reverberation rate of 2.5 seconds. However, each venue has its own reverberation rate, as well as unique acoustical characteristics, which could have a negative impact on the performance if not carefully taken into consideration. Of course, a “dry” acoustical environment (low reverb rates) means that specified tempos should be taken slightly faster, while unusually “wet” acoustical conditions (high reverb rates) would mandate slightly slower tempos.

Another issue regarding tempos is the interpretation of metronome markings. Some scholars claim that in the music of certain composers, the metronome marks are to be interpreted in a manner other than their literal meaning. However true this may be in the music of certain other composers, in this composition, metronome markings are always to be taken literally; for example, if the metronome mark happens to be the quarter note equals 60 beats per minute, this indicates that the tempo is literally one full beat per second. This would thus mean that in real-time, it would take exactly one minute to hear 60 beats.
This composition also utilizes mostly standard Italian tempo, dynamic, and expression marks, in which case the traditional meanings are to be retained in the interpretation of the music.

Arrangements can be done for such purposes as simplifying a composition for youth orchestras, or for adaptations to specific events, such as wedding processionals, and the like. Arrangements are not objectionable in and of themselves as long as one acknowledges in the score and the program, both that it is an arrangement, and the name of the arranger specifically. An arrangement, of course, as in any performance, must always remain faithful, as far as possible, to the aesthetic intentions of the composer, lest the full gamut of creative contributions of the composer be unjustly denied.

USE OF THE ORGAN

As indicated above, a Baroque pipe organ would be the ideal organ to use in this piece, whether with standard modern instruments, or with period instruments. If a Baroque organ is not available, then a pipe organ that can imitate the Baroque sound would then be the next choice, followed by a modern organ without Baroque-like stops. In general, my preference is for the use of the pipe organ, but since in our times digital reproduction has become so widespread and accurate, one may, in lieu of a pipe organ, use a good digital organ, preferably with Baroque stops, for the performance of this piece.

Another issue relevant to the use of the organ is the problem of registration. As any expert organist will acknowledge, organs vary considerably one from another, such that a standard registration for all organs would be almost impossible to achieve. Thus, I have inserted some general guidelines and suggestions for stop settings at various points in the score. However, this issue should be further addressed by the conductor and organist in consultation on how best to configure the registration in the context of the interpretation of the piece, and the acoustical environment of the performance hall.

In some styles of Western music, certain note values have a different meaning than their literal indication in the score. For example, in the music of Lully, Charpentier, et.al., a pair of eighth notes is to be played as a dotted eighth followed by a sixteenth note. In this composition no such meaning is implied at all. Thus, all notes are to be played using their literal meanings, with the customary allowances for rubato, ritardandos, fermatas, and other such temporary devices of expression.

OMISSON AND/OR ADDITION OF PARTS

Conductors are not to remove parts from the score, and/or add additional parts, in any recording, or live performance, except for either mistakes, or arrangements, in which case the score and the audience programs must clearly convey that it is an arrangement, along with the name of the arranger. Similarly, editors are never to add or remove music parts unless they intend to issue an arrangement, or unless there is a proven mistake in the score. This also includes the prohibition of players tampering with the parts they perform, such as: moving them up or down an octave, changing notes, or silencing another player in their particular section, among other things, unless duly authorized by the conductor when a clear mistake has been found in the edition of the score. (Please note that this piece was composed for a professional symphonic orchestra in mind.)

This composition was computer generated using the brand-name software Finale. There is no complete holograph, or any complete manuscript of this score in existence. What holographs that do exist are among the music sketches related to the composition of this piece. The part scores are also computer generated and should be considered secondary sources of the piece, with the primary source being the original computer-generated full score. This also does not imply that the composer utilized computer software of any kind to compose the content of the Royal Coronation Overture. The editing software was used only to record, edit, and extract part-scores, not to create musical content. Finally, any sound recording of the Royal Coronation Overture produced with virtual instruments is not intended to be the final, exemplary performance of this piece, as virtual instruments can never, in my opinion, replace real human musicians in a live performance.

This suffices for our discussion of performance practice issues regarding the Royal Coronation Overture. 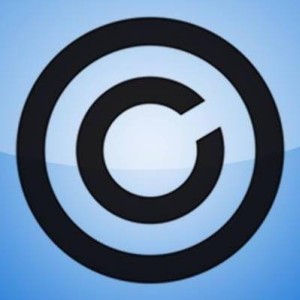